China – a wealth of impressions 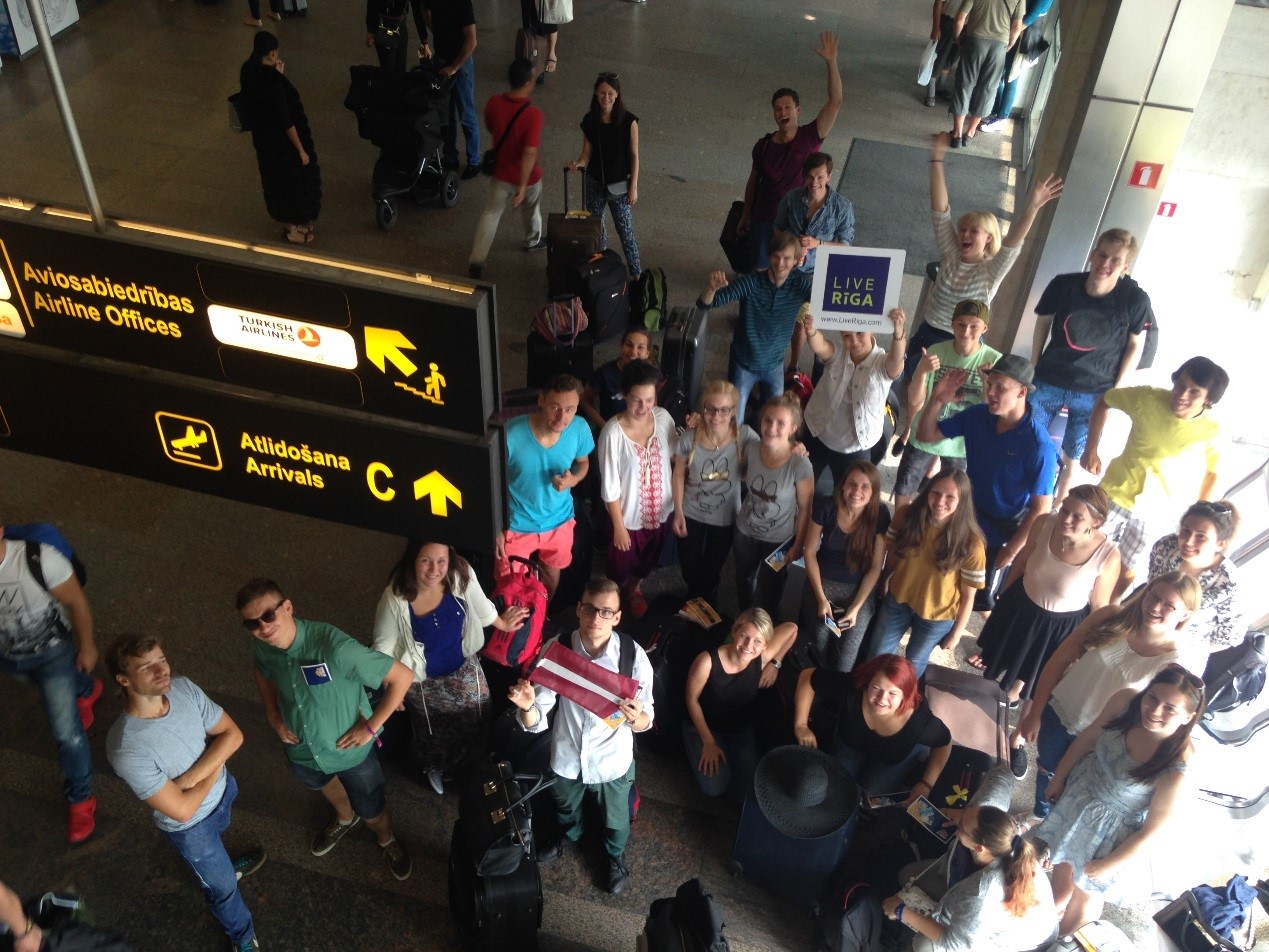 Once again we would like to thank all of our supportes who made it possible for BALSIS to take part in both international festivals in Asia- Rietuma Bank Charitable Fund, the State Culture Capital Foundation, Latvia’s State Forests along with Babītes and Aizkraukles Local Councils  and other supportive followers. We made sure that the world was introduced to Live Riga, the Freeport of Riga and LIAA. Thank you!

Our first stop was in Istanbul where we intended to spend a couple of hours in a hotel awaiting out next flight to Beijing. As that flight was delayed, the few hours became 12, still the time was spent well using the sauna, swimming pool, sweating in the gym, rehearsing the repertoire in out hotel rooms or sharing a meal prepared from local products. At about 5.00am we headed to the airport and shorly after that we had taken off.

We arrived in China at about 8.00 in the evening, local time. It was noticeable that in Beijing, a city of approximately 23 million people, the evening traffic was even greater than that in Riga after the November 18 fireworks. After finally arriving at our hotel, we had a quick meal and then headed to bed. If during our previous Asian tour we sometimes felt that the festival organisers had forgotten about us, then that wasn’t the case this time. Everyone was attentive: the organisers and the locals. 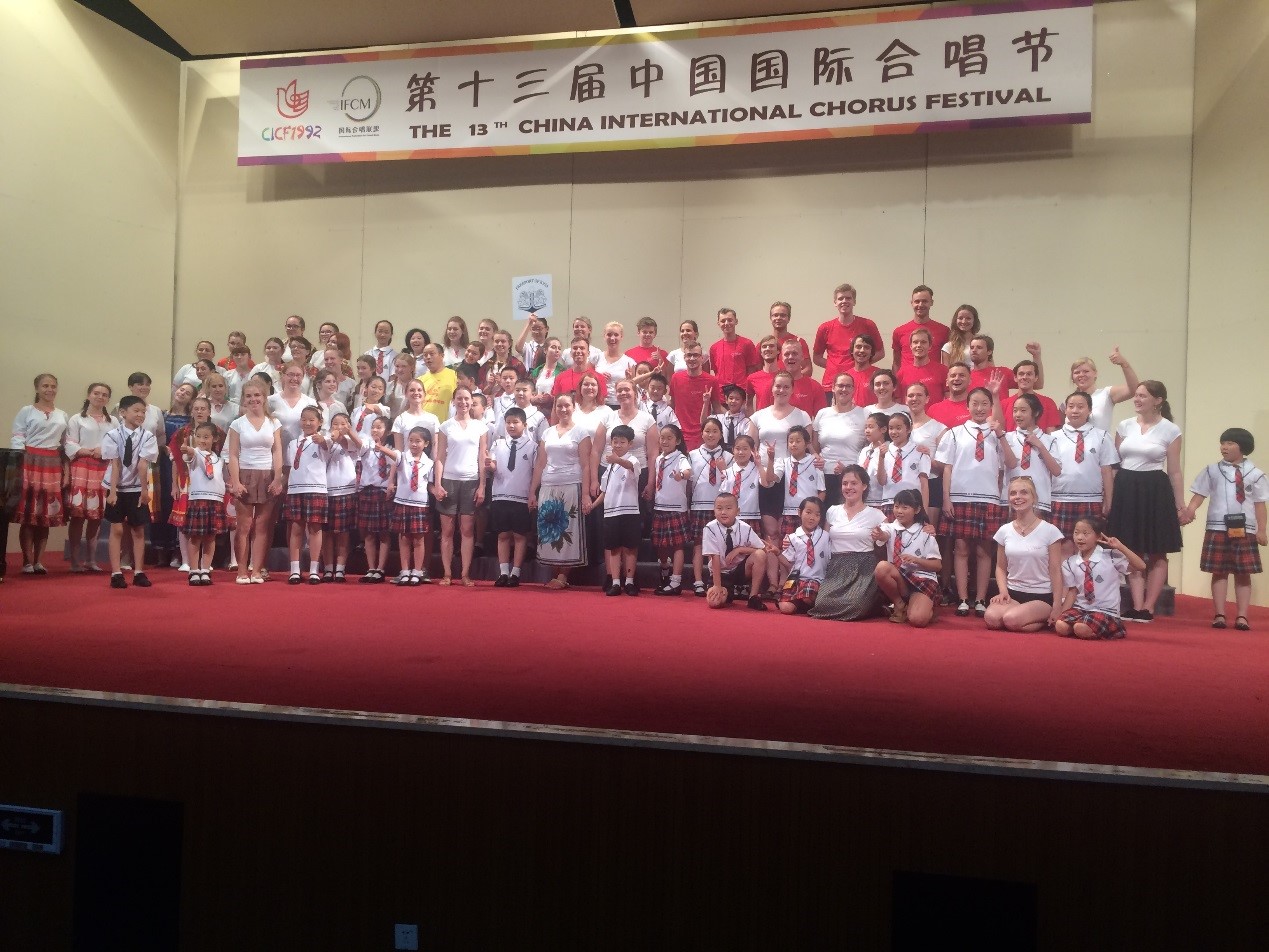 A bus had been organised, which always arrived on time, and we had a knowledgeable and friendly guide. She took care that we didn’t get lost, led us on a range of tours, told us about Chinese culture and taught us a few words in Chinese. 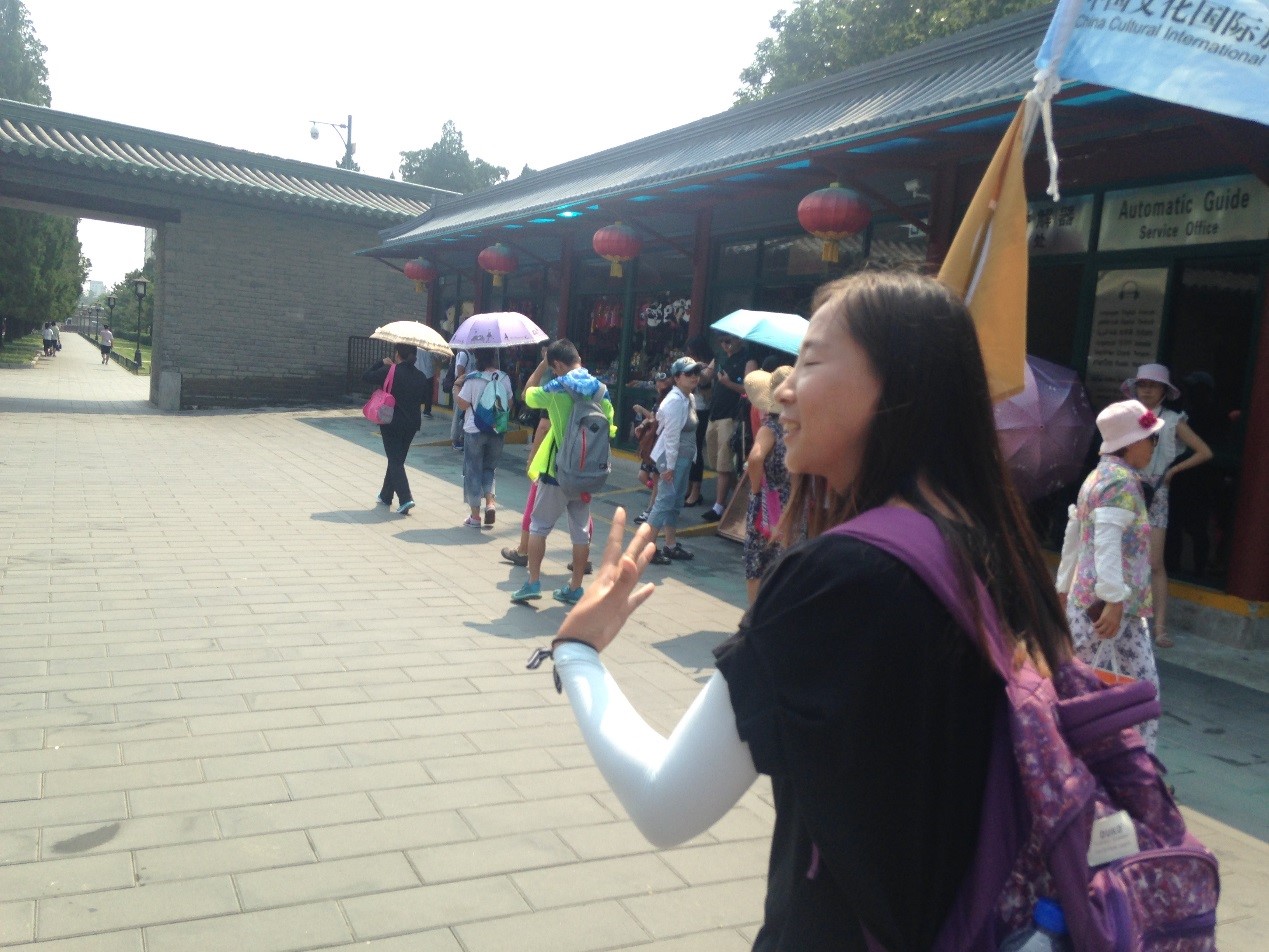 While we were in Beijing we were able to visit well-known sites such as Tiananmen Square and the Forbidden City, or the former Chinese imperial palace, the Temple of Heaven, Beijing Olympic stadium and part of the  Great Wall of China. 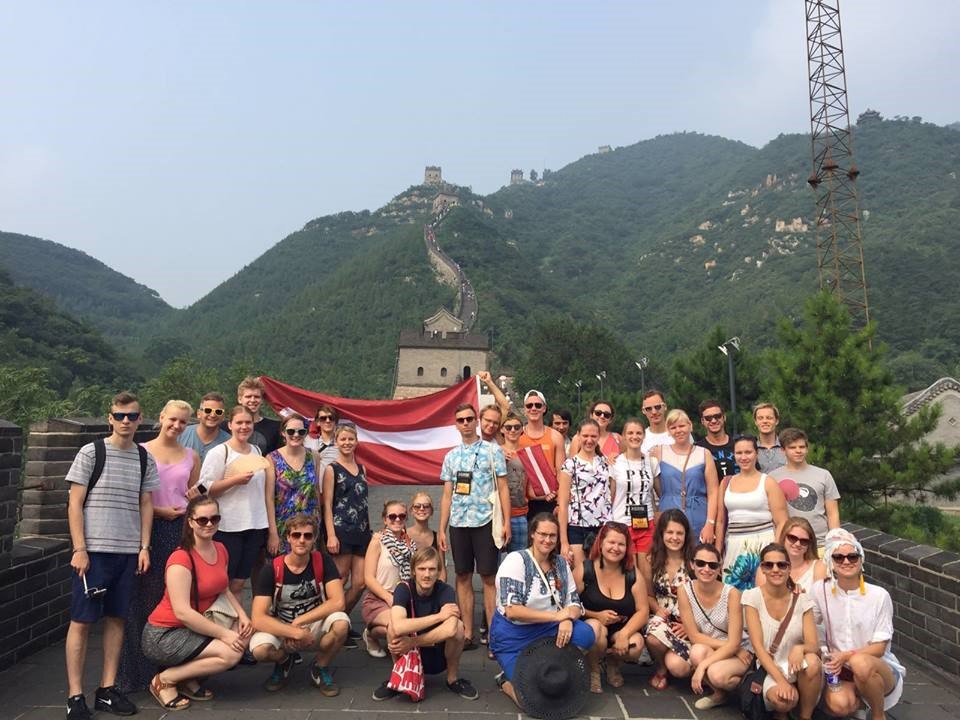 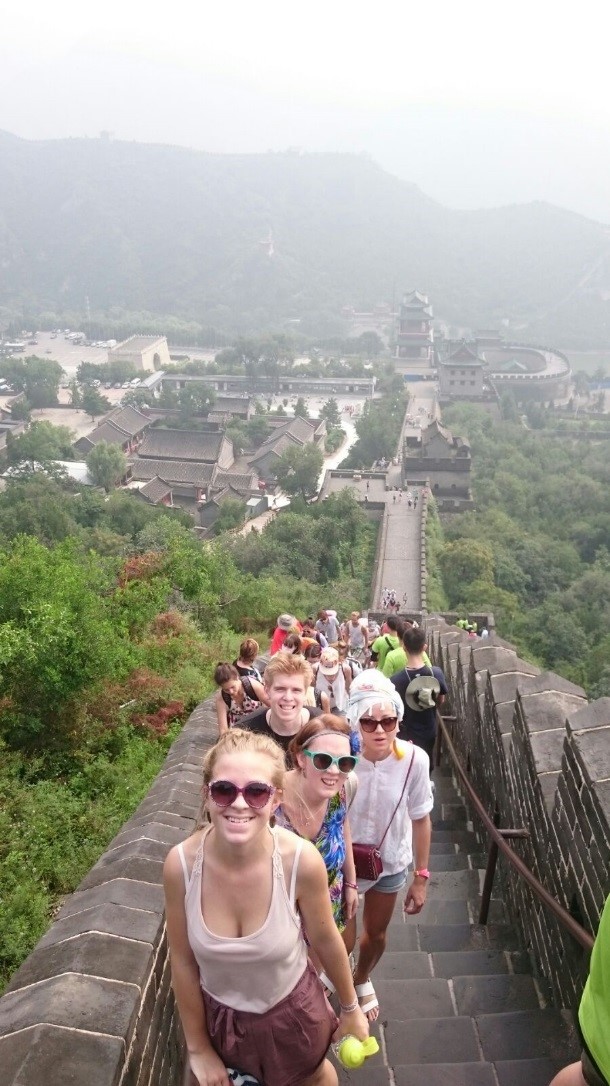 We sang in several large and small concerts, where we were welcomed with joy and sincerity, and we also met with, and listened to, a lot of choirs from all over the world. 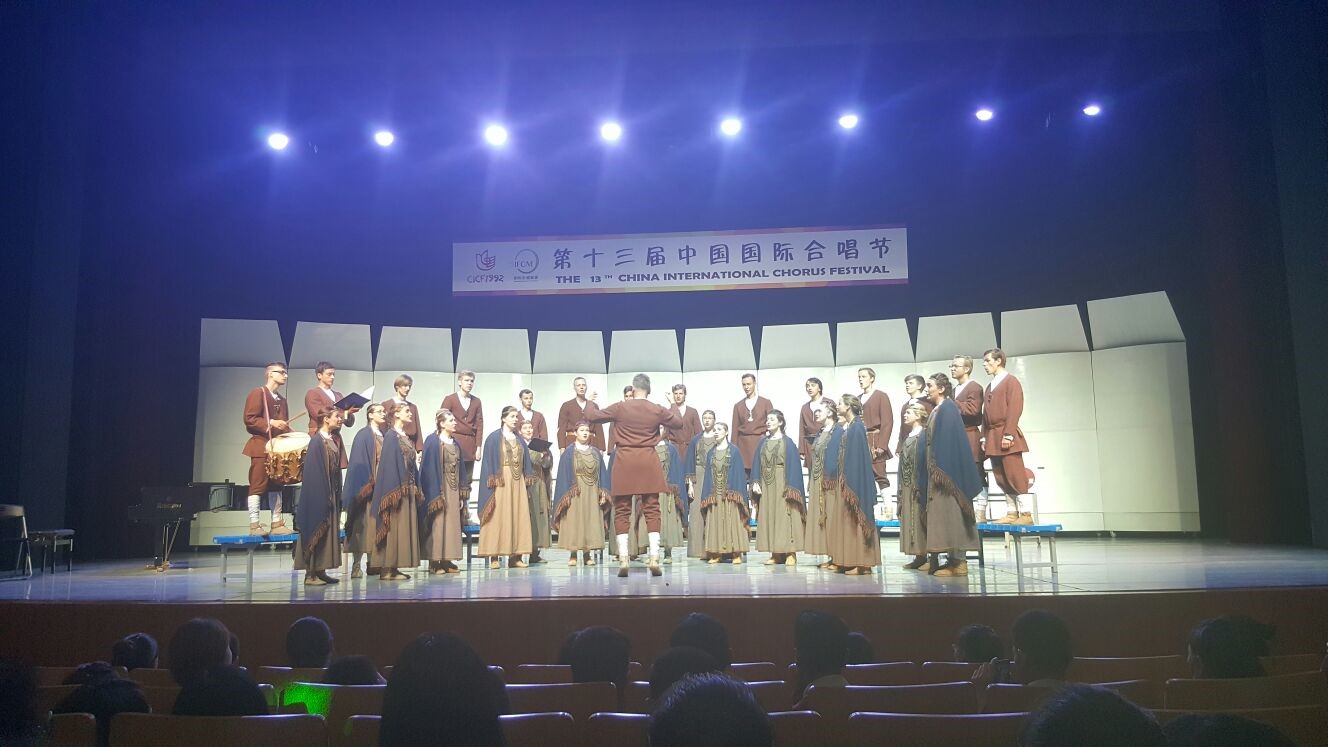 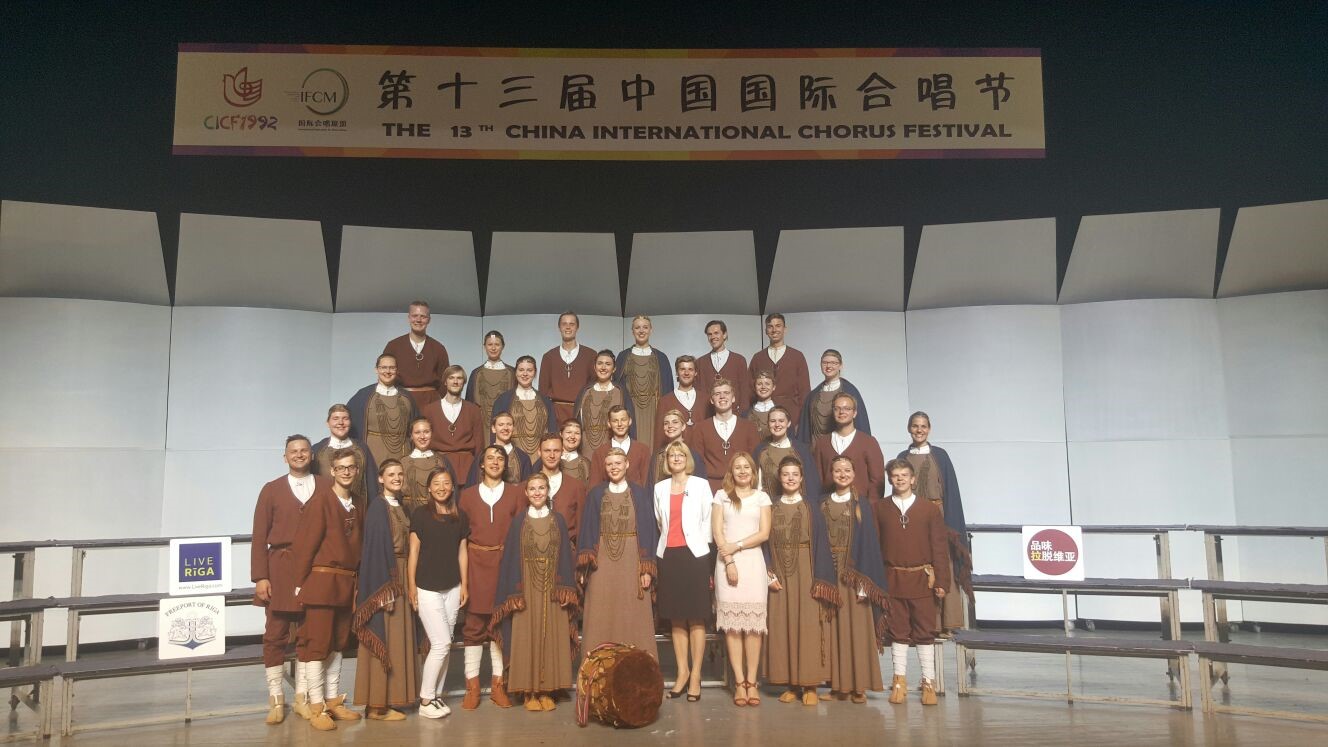 It felt like we had been away from home for a long time when we left Beijing and headed to Taiwan to take part in the 16th International Choral Festival (TICF16) in Taipei. In fact, we were less than half way through our tour.

We were greeted in Taipei by hot, humid weather, with the temperature rarely falling below 30C and by happy, polite people – these were the first things that we noticed. Going on our first walk outside of the hotel, we felt like we had been enveloped in a blanket of hot air with people on the street corners sending us on our way with a smile.

Even though the choral festival in China was great, Taipei impressed with both the variety of choirs and vocal ensembles that had been invited and also with amazing concert halls with excellent accoustics and room for several thousand audience members. 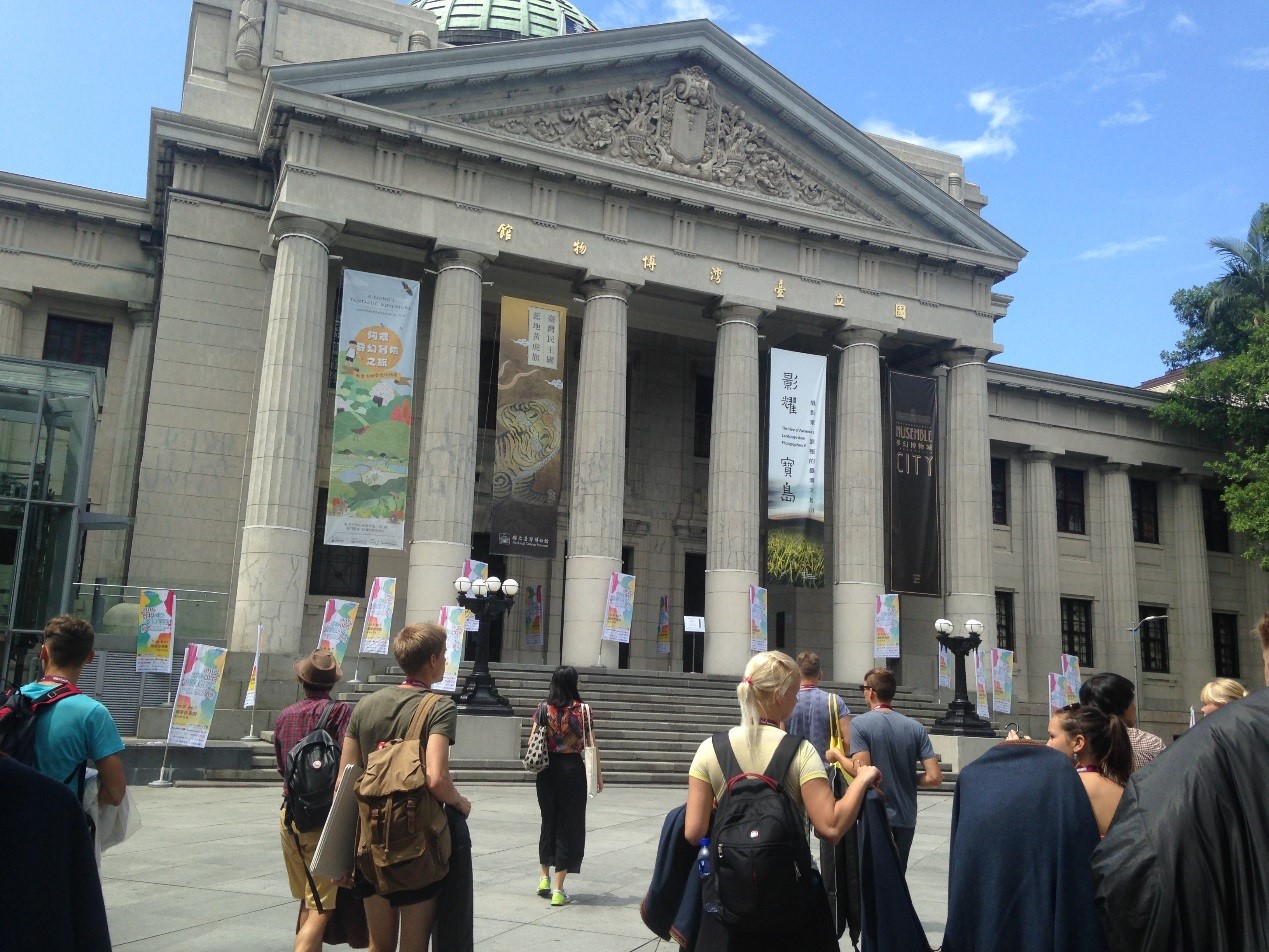 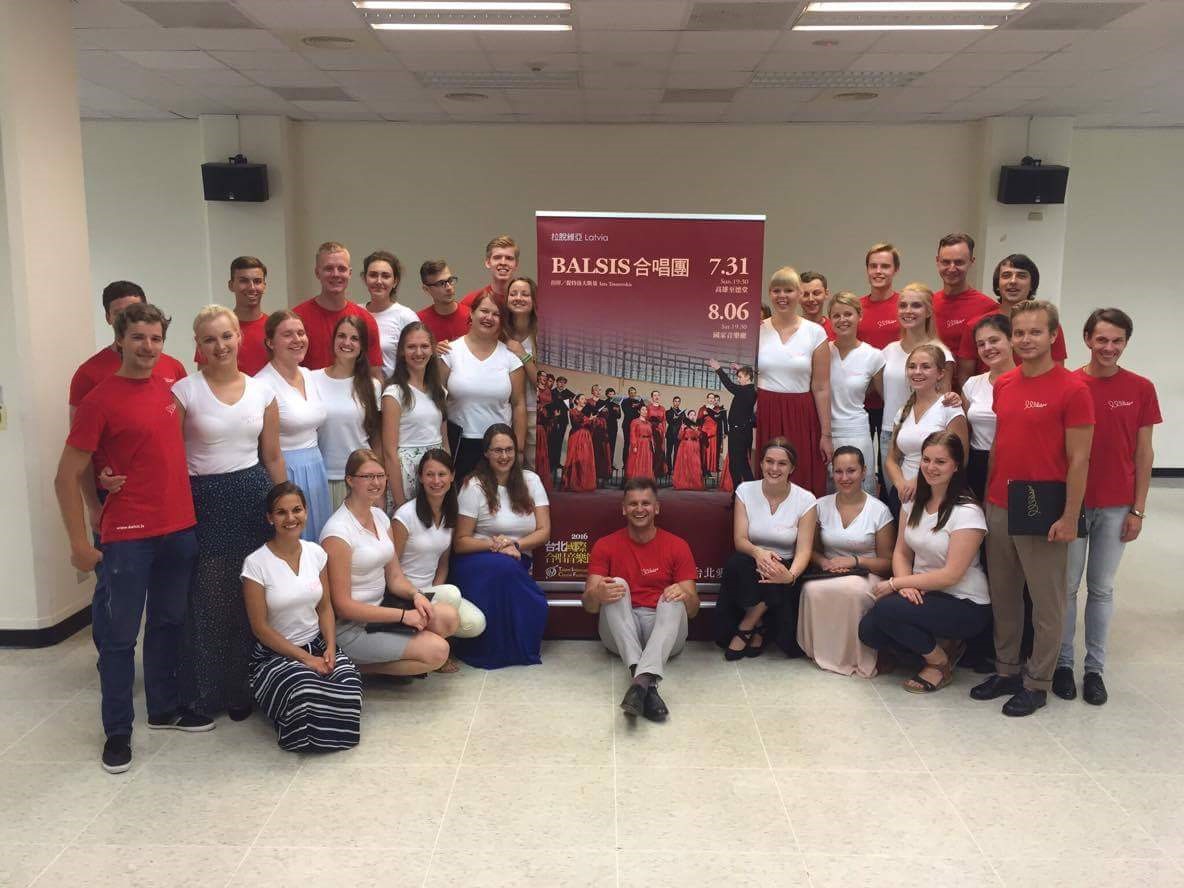 During the festival there were a number of opportunities to present concerts in museums, hospitals, travel to Kaohsiung on the other side of Taiwan to give a solo concert, take part in master classes taught by Ints and, with our hearts fluttering with excitement, listen to other choirs perform in the Taipei National Concert Hall, knowing that one of the final concerts of the festival was BALSIS own two part solo concert. 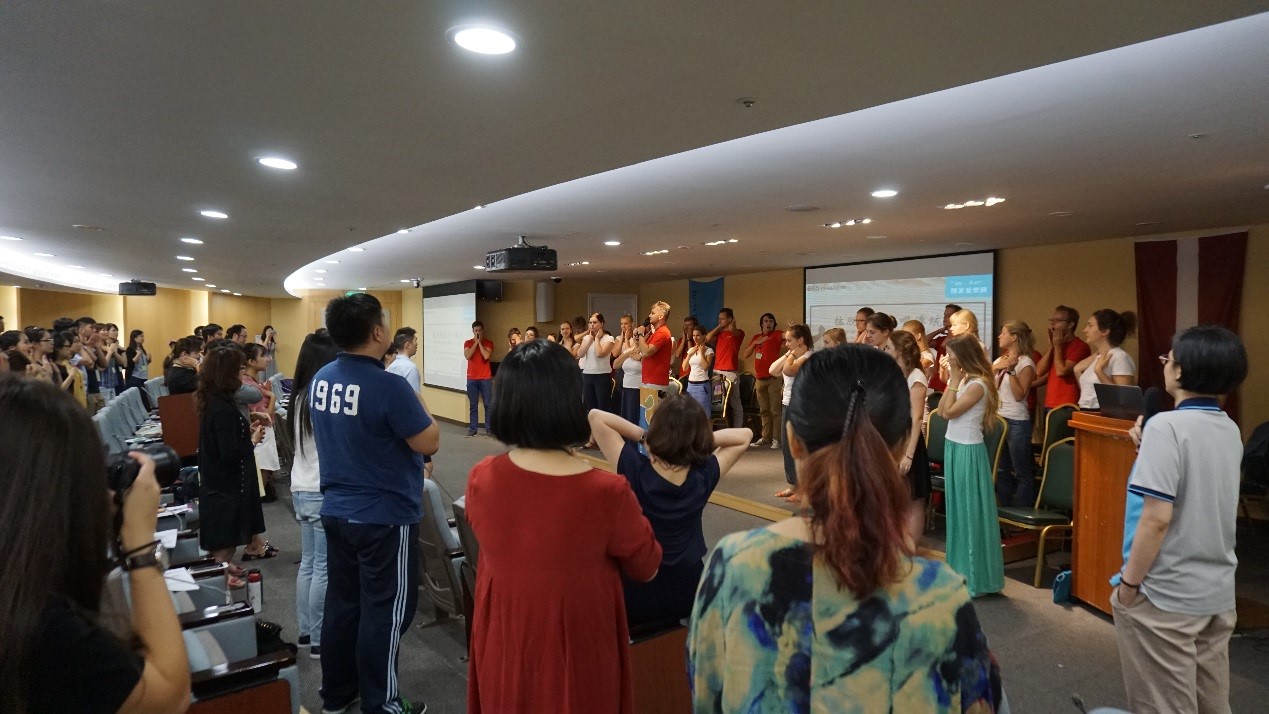 It is hard to put into words  the overwhelming feeling – simultaneously an honour and a great responsibility – to sing in this concert hall before an audience of more than one and a half thousand people and to represent Latvia. 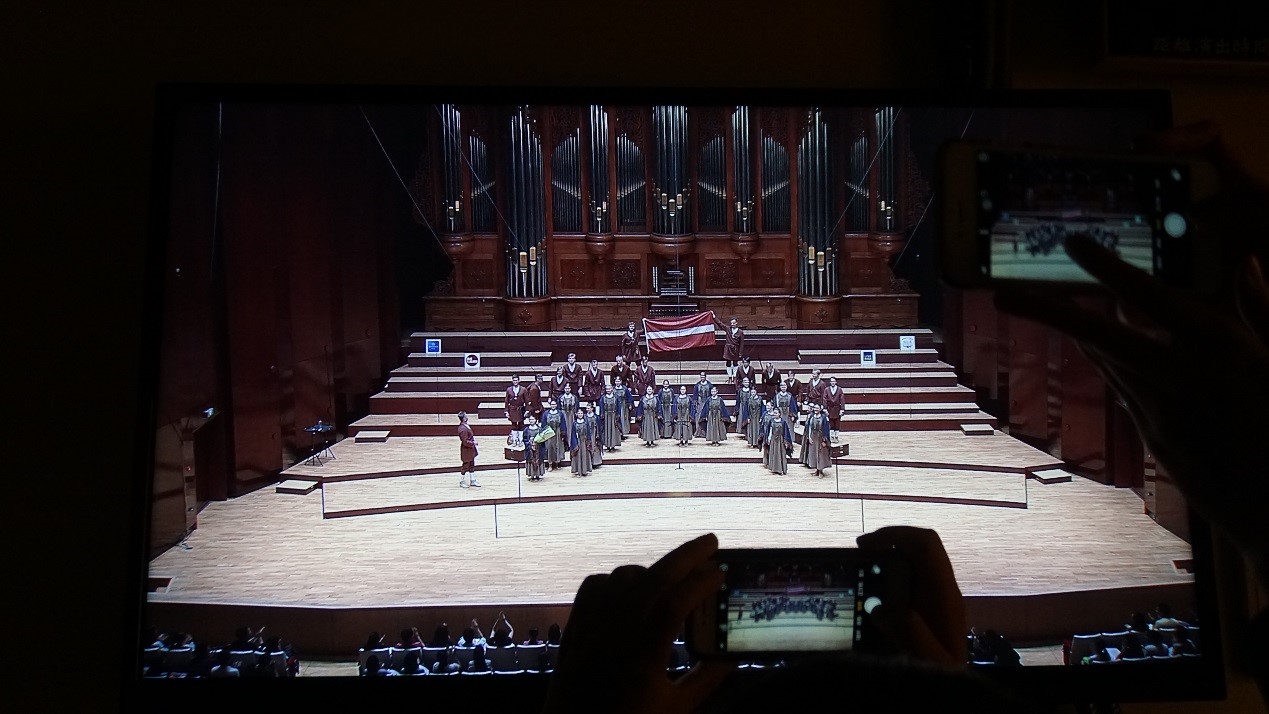 Of course, we were taken care of in Taiwan as well. Every day we had two great guides, Lorelai and Vicki, in whose company we went to several concerts and were introduced to Taiwan and its various ornate temples, market places and shopping malls, including one of the world’s highest buildings, the Taipei 101 shopping centre. 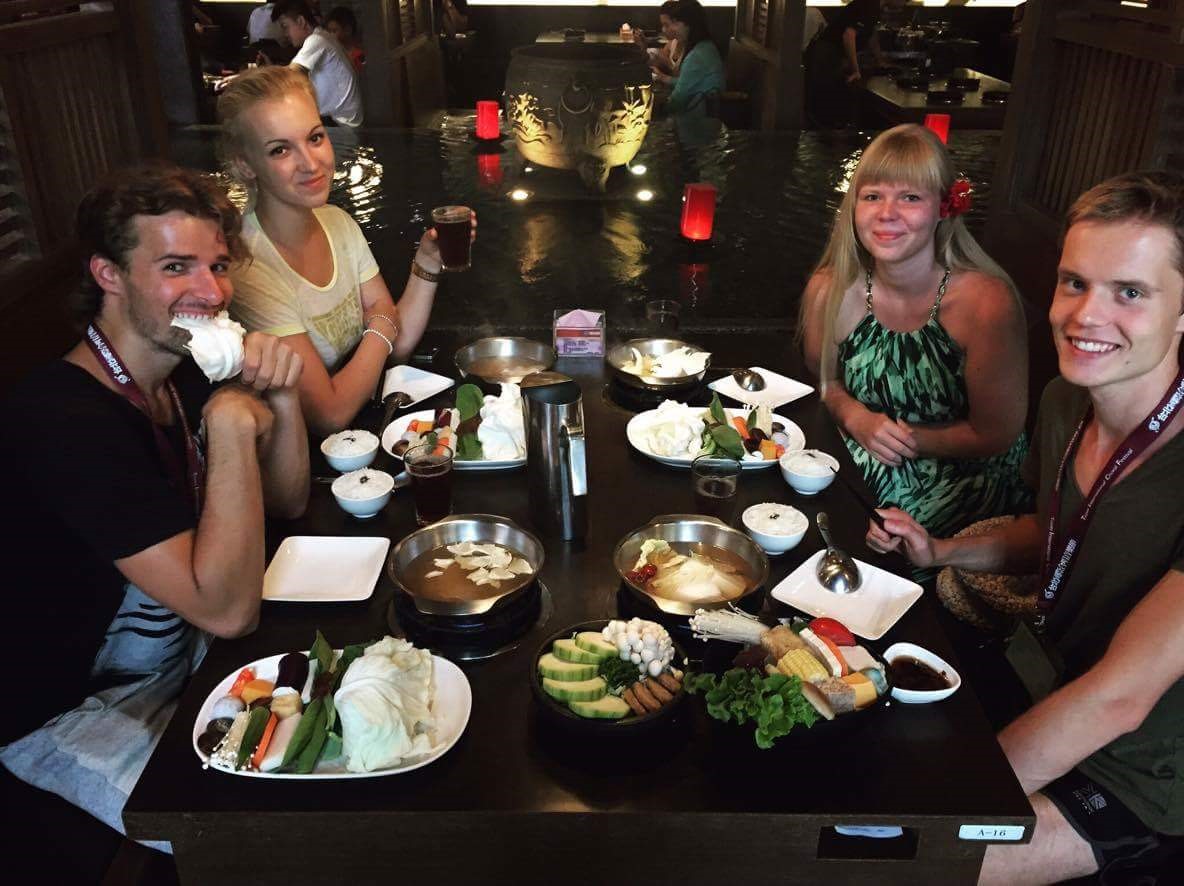 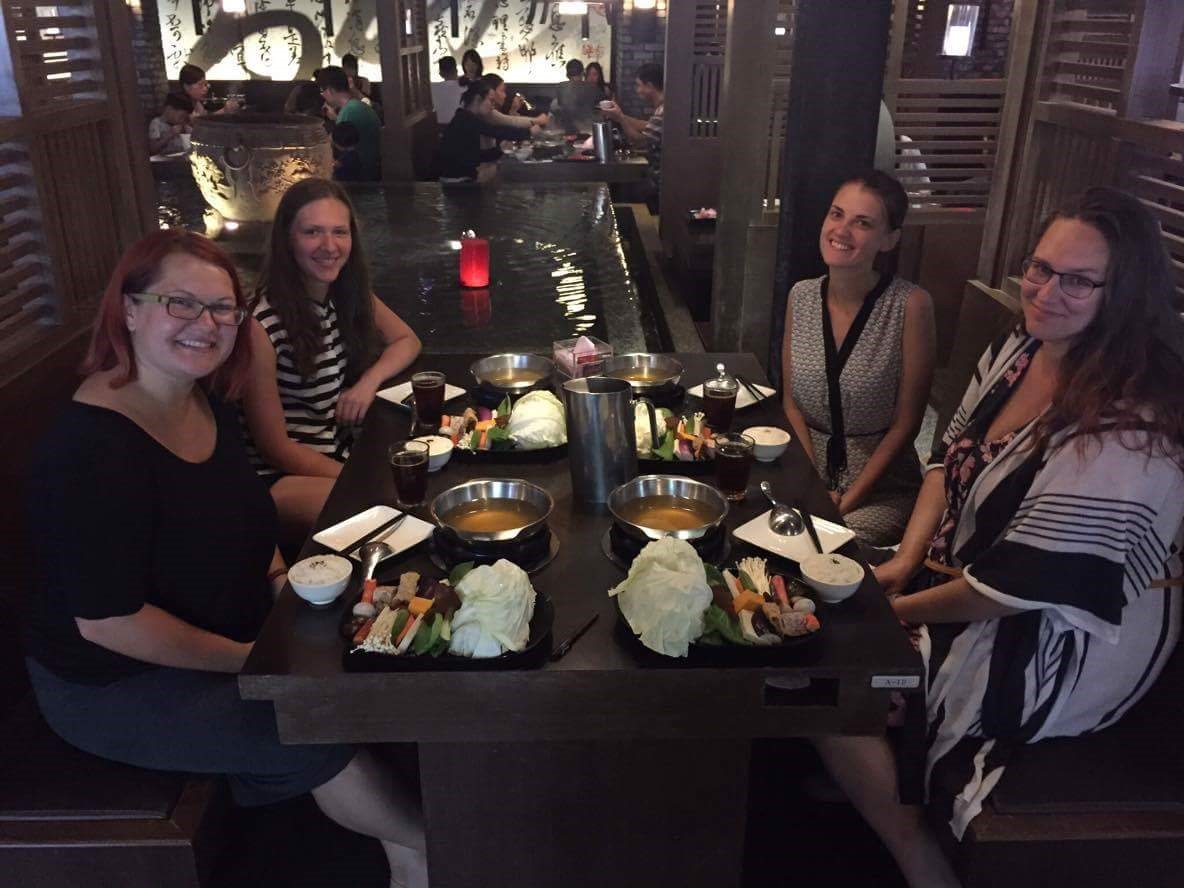 They went everywhere with us: together we headed off to experience the flavours of Taiwan; travelled to watch the sun set; went hiking in the hills; and, even hiked up a volcanic crater. 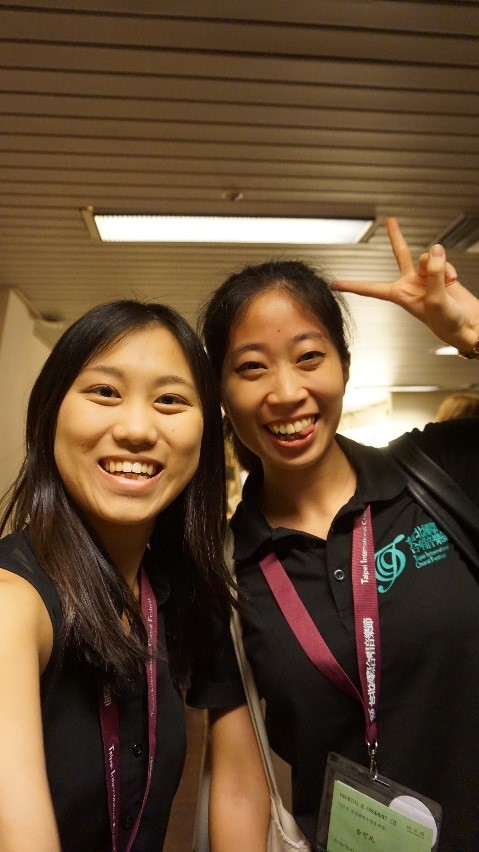 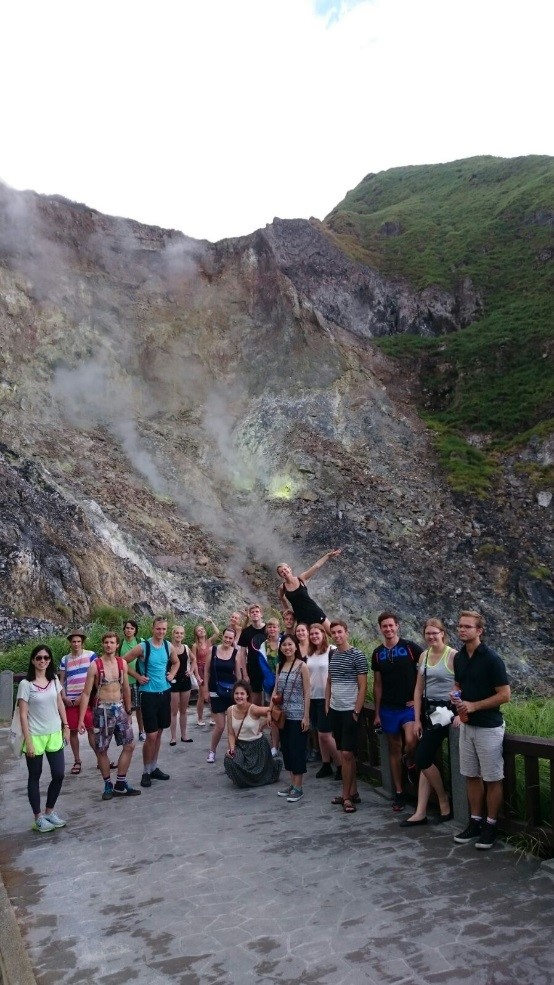 Then, finally, after two and a half weeks we headed home, on the way stopping over in Instanbul for a few hours again. Soon our skillful busdriver, who could just as easily have been a racing car driver or Semir Gerkan from the highway police, had us back at the airport so that we could, once again in a familiar time zone, meet our friends and relatives who indulged in an endless stream of questions: “How was China? What did you see? Was it not too hot?” 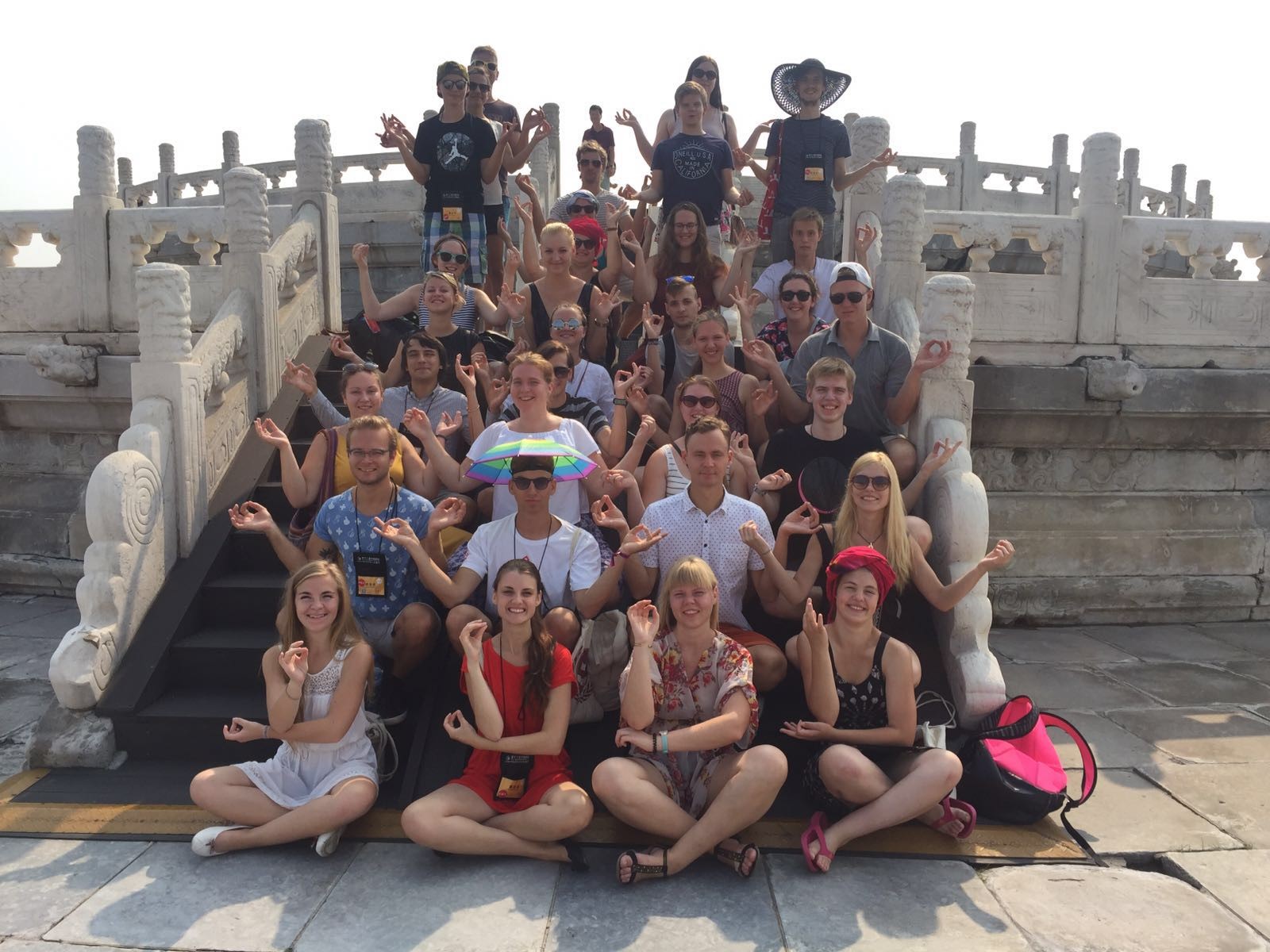 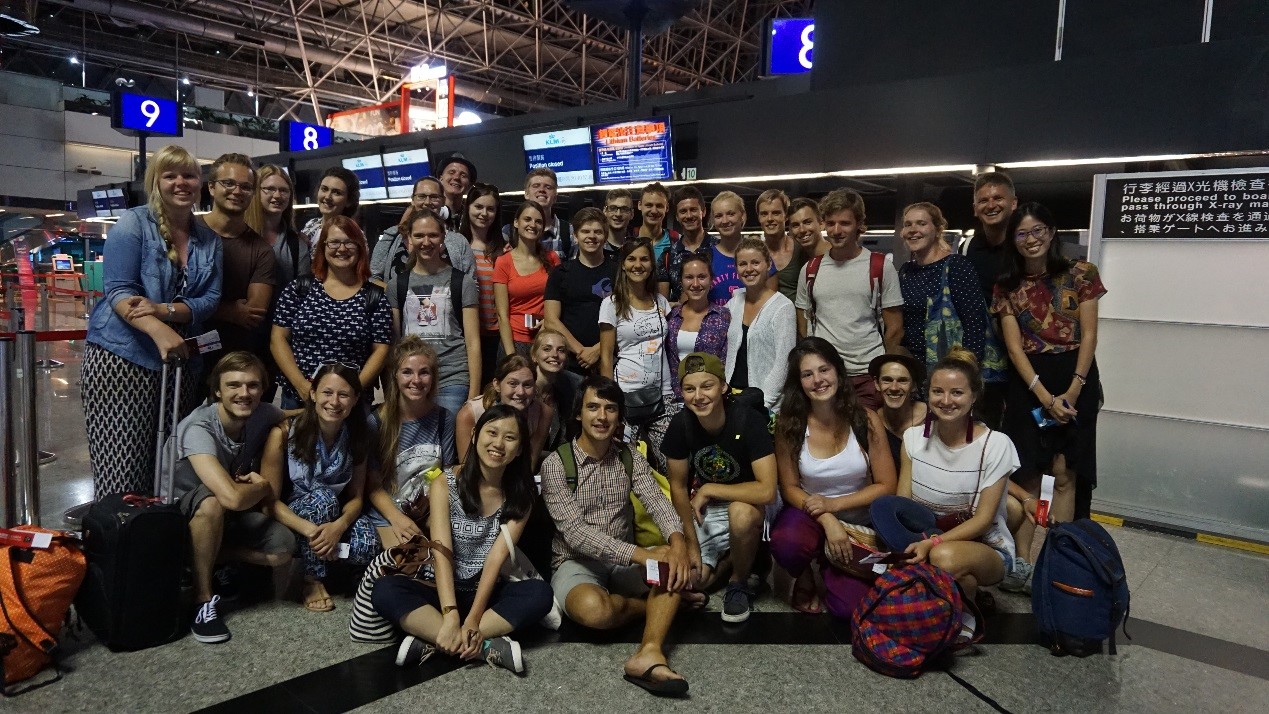